October 02, 2017
Whew!  We made it!  It's officially my very favorite month of the year---October!  While here where I live, it's still fairly warm (almost 80 degrees today!) and it may not completely feel like October, I know that the crisp, cool air will be here before I know it!

While this month is my favorite, I swear, it's also my busiest!  I have birthday parties to throw (my son's), an anniversary to celebrate (my wedding anniversary), and trick or treaters to treat (that's Halloween, my friends!).  There's an awful lot going on in the world of Papercrafting for this Passionista!  Ha!

I got a little bit of a head start (OK, maybe not really, but let's just assume that I did!) and I've made a few treat toppers for my Halloween treats.  They're not packaged yet, but that's because if I buy the candy early---it will get eaten.  And that's No Bueno for me and my diet.

Here's an image of one of the treat toppers I made: 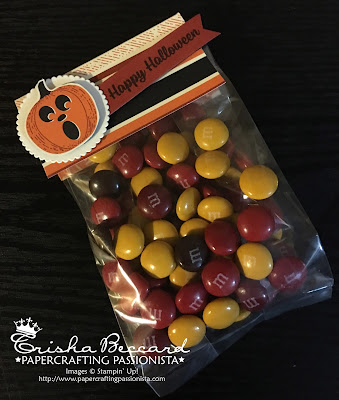 Here are a few more that I created and will use a small clothespin to attach them to a little treat bag: 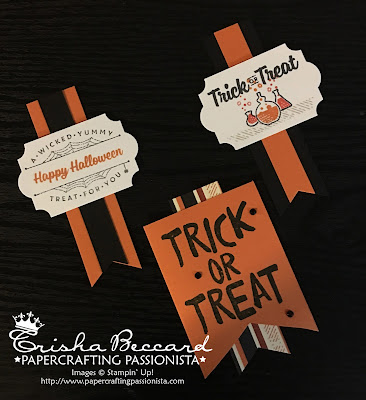 The top two utilizes the Spooky Cat Photopolymer Stamp Set and the middle one uses some more of the Spooky Night Designer Series Paper and an old retired stamp that is just too cute to not use!  I did embellish that tag with some of our Black Rhinestone Jewels.

Also, now that it's October, there are some awesome sales going on.  Don't forget to stop by my Specials Page to see what's going on now! 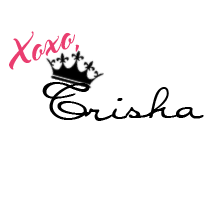 December 04, 2018
Well, so instead of a Top 10, I'm changing it to a Top 12!  Because I love The Twelve Days of Christmas and I love Christmas movies and why not combine both together to make it 12 Days of Christmas Movies!?  I suppose we each all have our own opinions as to what Christmas Movies are *must-haves* on our Watch List, but I would like to think there are some that just generally required, by public agreement.  So, here's my Top 12 Days of Christmas Movies List, complete with a FREE Printable so you can make this a Holiday Bucket List Item, if you'd like!  I'd love to hear if your favorite movie made the cut or not! OH---and one more thing---these movies are certainly not listed in an specific order, they are more in the order in which I may or may not have already watched them... (#SorryNotSorry!) 12.  The Santa Clause (1994) When this movie first came out, I was totally entranced by the interpretation of the North Pole, courtesy of Disney Magic, that I almost bel
1 comment
Read more